Betternet is Virtual Private Network service with millions of users around the globe. It pretends to be a very fast, secure, and reliable provider.

Several years ago they were highly criticized when research showed that their free application is among those containing the highest amount of ads and tracking modules. After that, the company provided several changes including the paid options.

However, can Betternet still be trusted? Is it able to provide secure data transfer and protect your online privacy? In this Betternet review, we are going to test its features and see whether it can be a good competitor to other services.

Price starts from
$2.99
Devices per license
6
Privacy and security features
Catapult Hydra, AES128/256, ChaCha20 Poly1305
Torrenting, Netflix, HBO
Money Back Guarantee
45 days
Setup time
5 minutes
Mobile app
Server Locations
17
Number of servers
-
Payment Methods
Visa/Mastercard
Zero-Logs Policy
Usability and Support
24/7 by email
Best For
Privacy
Platforms
Windows, Mac, Android, IOS
Pros for compare page
Cons for compare page
Betternet is located in the USA and under the USA jurisdiction. Is it good for privacy lovers? We cannot say so, as they are one of the founders of 5/9/14-Eyes Alliance. What does it mean for you? Theoretically, they can share your data on the government request.

The service offers 17 virtual locations in 10 countries. They do not identify the number of IP addresses and servers, so it is not clear how big their network actually is.

With a free subscription, you will be able to use only one location — the US. So, the American servers are the busiest. All other locations are available only for premium users. Also, free customers can use only one device compared to up to 6 for premium subscribers.

Better net supports all the most popular platforms including iOS, Android, Mac, and Windows, as well as web browsers such as Chrome and Firefox. Quite strange that it’s not available for Opera.

What Do You Get with Betternet?

Pros:
Cons:
The pricing depends on where you buy the subscription. It is different for those who buy a subscription on the website or in the mobile app. Also, we recommend taking into consideration the fact that this provider has a rather shady money back guarantee policy. According to some users, Betternet may be charging your card even after you requested to cancel the subscription and there’s no way you can cancel it yourself.
Subscription Plans
1 Month
$11.99/mth
6 Months
$3.99/mth
12 Months
$2.99/mth
Visit Site
30-day money-back guarantee 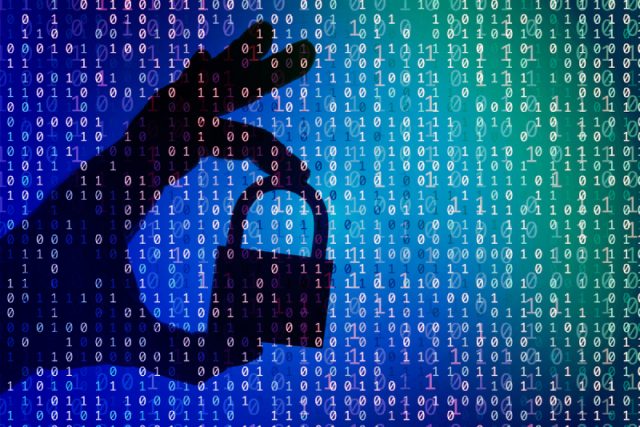 Any VPN must protect the privacy of their users otherwise it is senseless to use it. Is Betternet good at it? What can we say about it?

While most providers use IPSec and OpenVPN protocols, It is unclear whether Betternet uses them. We’ve got an impression that they don’t because they use their own proprietary – Catapult Hydra.

They say it ensures better connection, saves the traffic transferred through the network, and provides much better performance than OpenVPN tunnel. All is left is to trust them.

As for encryption, they use industry standard AES protocol. At the same time, it is unclear whether it’s 128 or 256-bit. They just wrote it as AES128/256. Additionally, Betternet supports ChaCha20 Poly1305, another great security algorithm. So, it would be logical to conclude that this VPN is somewhat safe.

While almost any other VPN provider offers such features as Split Tunneling, Kill Switch, or DNS Leak Protection, Betternet is not like the others. They do not provide any special options for your advanced security.

This means that when you disconnect from their server, your connection will remain insecure. You also cannot choose what apps will use the VPN tunnel. As strange as it sounds strange it’s a reality.

The research we mentioned in the beginning, says that in Betternet app, there were as much as 14 tracking libraries. Those components can be used for tracking, advertising or analytics.Despite they changed the login policy and improved the situation in general, their apps still include lots of ads. It is quite logical to assume that the 3rd parties can use the apps for tracking.

Betternet itself was not caught in anything unlawful. However, the personal data is a valuable resource and the fact that the company providing the secure connection sells access to their app, alarms. Moreover, they are even not responsible for any wrongdoings of the third parties.

As Betternet uses a lot of tracking and advertising modules, how does it keep your data?

Here are some ways how Betternet and their partners use personal data in free and (attention) premium accounts for the following purposes:

Moreover, Betternet logs and keeps the history of the websites you visited through their servers. They say they cannot be accessed by any other specific users but we wouldn’t be so sure.

Yes, the company says they are encrypted and deleted right after you end the VPN session. However, their very existing might be frustrating.

Most competitors like Express VPN, CyberGhost, NordVPN do not even collect that data, not to mention allowing the third parties to access them.

So, if you need a VPN just to access some websites in public places like café or airport, you may find Betternet quite a good solution. At the same time, if you need better anonymity, this provider is not for you.

The performance of any VPN is one of the most important parameters. Everyone uses speedy connections and nobody wants it to slow down. Unfortunately, Betternet showed below average results in this area. 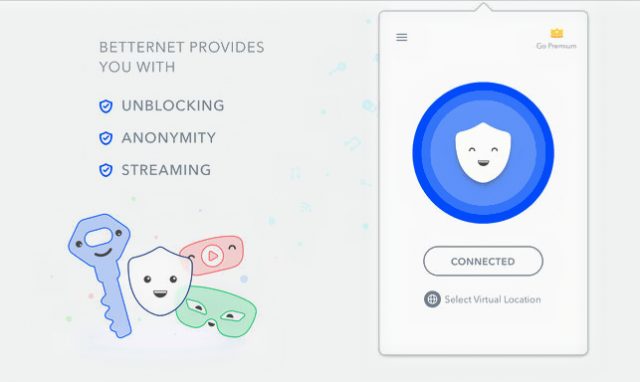 The connection speed highly depends on the location and type of account. As for free users, only US servers are available, are they are mostly overloaded. With the Internet channel of 50 megabits, we got the speeds of not more than 5 Mbps. The average result was about 3.5-4 Mbps.

It’s extremely slow! Some reduce is quite normal, but not such a big difference. You will hardly feel comfortable while using Betternet. However, it can be enough for simple browsing especially when keeping in mind that you have only 500 megabytes per day for free.

As a better situation is with its premium service. The subscribers additionally get the servers in 9 countries outside the US. And, of course, they are less loaded. As the average speed is 10-12 Mbps, and in some locations, it reaches 40 Mbps. It’s quite a good result!

Additionally, we performed WebRTC, IPv4, and DNS leak test. For that, we used ipleak.net. It found out that on all locations the VPN leaks both DNS and IPv4. Some servers also leaked WebRTC. It means we cannot say about good privacy. Any server will be able to detect your location. 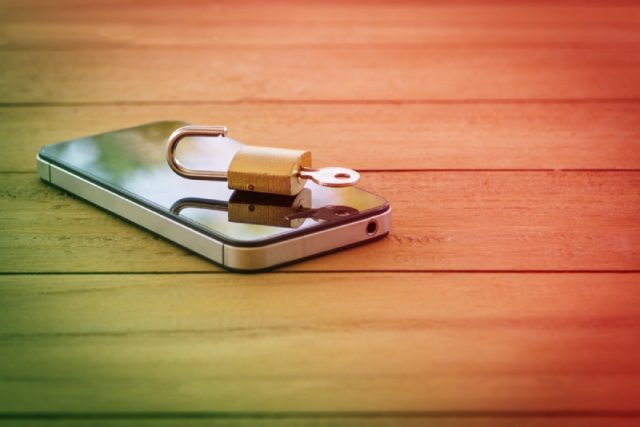 While being limited and blocked in many countries, torrent networks are a great source of files unavailable in many places. They include the latest movies and series, premium software, games, music, etc.

Not every provider those using P2P networks. What about Betternet?

Fortunately, Betternet allows using torrents without any limitations. But don’t forget about 500 MB limit in the free plan. How much will you download? Well, actually, not much.

We tried to get an installation file of Linux Mint via torrent. And the download was stable, without speed jumps. However, it was very slow due to low Betternet performance. However, the premium subscribers are in a better position in terms of speed.

Another great feature of a VPN is the ability to access geo-blocked streaming services. The most popular one is Netflix. Unfortunately, the biggest movie library is available only in the USA. If you live in another country, you cannot access it all.

The best way to restore justice is by using the VPN. Does Betternet give any chance to access the American library on Netflix? No. it is not available on any location we used.

So, if you are looking for VPN for Netflix –  pick something else, for example, ExpressVPN, CyberGhost or NordVPN. They do much better.

The same is true about other streaming platforms. We also tried to excess Hulu, HBO, and BBC iPlayer. All of them block Betternet resources. So, you have no chance to stream them.

How much does Betternet Cost?

As mentioned earlier, Betternet has both free and premium versions. Let’s see their features and how they are different.

What do free Betternet users get?

They premium subscribers get:

Does Betternet cost its money? The minimal price of $3 a month is not actually much. But if you compare Betternet to other services, it’s overpriced. Why do we say so?

Betternet provides technical support via email. if you’ve got any question, you should open the help center and submit a request. Is there any chance for the free user to get replied? The official answer is “No”. The premium users are a top priority. However, on the website, there is an option to submit a request even without a premium account. 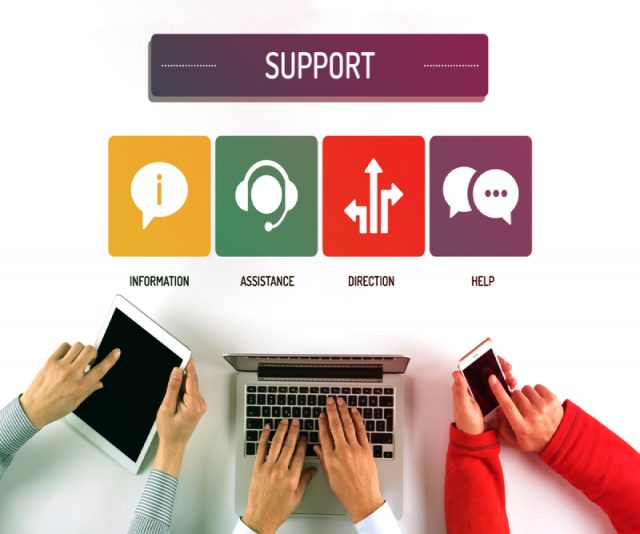 Premium support is available 24/7 and the average reply time is less than an hour. Overall, it’s not bad.

As for other options, there is a FAQ. Nevertheless, it’s quite poor and illogical. It is very difficult to find even basic information like pricing.

Do We Recommend Betternet?

Our Betternet VPN review disclosed all the truth about this provider. Considering poor functionality, low performance, bad security, tracking modules, unclear privacy policy and documentation in general, we cannot recommend Betternet for personal use. Even the premium version is not free from serious shortcomings. For example, they do not guarantee the full protection of personal data — they still can be accessed by Betternet service providers. There are too many questions to the provider and it is unclear how the company going to change the situation.

Instead, there are other great alternatives. For example, a with the same minimal price of $2.99 per month, NordVPN does not collect and store any personal data, provides more than 5000 servers in 62 countries, unblocks Netflix, HBO, and other streaming platforms support all the industry standard security protocols. Their support is available via email and live chat, and the website provides a rich knowledge base and video tutorials.

Alexander has been in touch with technology since his high-school days. He's responsible for the technical side of things on our website. He carefully examines every single post on Vpnservicepro.com and updates them as soon as new plans and features come into play. There are hundreds of VPN services on the Internet, and they're all trying to attract as many customers as possible. So, how do you know which one(s) to choose? How do you find that golden middle to stick with? Are free VPNs a smart choice or a headache for you? Should you go with a monthly plan or a 2-year plan? Let Alexander help you with that! Or, use the Compare feature to quickly put two networks next to each other and learn about all the Pros and Cons in the blink of an eye.
User Reviews
× Cancel Reply