Nowadays, VPN are used by anyone who needs an extra layer of security during web-browsing or transferring data over the Internet. But there is a very specific category of users with special requirements for the quality of VPN services. This is the category of gamers. On the one hand, the best gaming VPN must provide a high level of security and anonymity. Gamers need to access foreign gaming content safely and protect their financial transactions (many games have paid content).

Also, some gaming PCs may need strong protection against DDoS attacks. And gaming VPN software must be as fast as possible. Severe speed drops and lags will make gaming impossible. That is why it’s so important to find a perfect security/speed ratio when choosing a VPN.

With several hundred VPN services available, only a few of them meet the requirements of gamers. Of course, these services are not free, but most of them offer a trial period for you to test the software under real conditions. Here is a list of best gaming VPNs in 2019 that you can rely upon without fear.

Devices per license:
6
Torrenting, Netflix, HBO:
Mobile app:
Number of servers:
5,700
Zero-Logs Policy:
Provider Plans:
1-month plan
$11.95 /mth
1-year plan (Save 41%)
$6.99 /mth
2-year plan (Save 66%)
$4.99 /mth
3-year plan (Save 75%) + NordLocker for FREE
$3.49 /mth
Check Price & Download
Money-back guarantee - 30 days
The Panama-based NordVPN is a top choice for the gamers from America. The list of advantages of this VPN is extensive. It doesn’t collect (and doesn’t keep) any user logs, which makes it a perfect choice from the point of view of security. On the top of this, the provider offers a couple of extra security features – Double VPN and Onion over VPN. However, both of them cause an extra speed reduction, which is a problem if you are using the VPN for games.

Still, even without these extras, NordVPN ensures the highest security level due to the modern encryption used. It has servers in 62 locations and helps to bypass the most regional restriction. NordVPN is one of the fastest providers around, which is also important for gamers. A really cool feature is the possibility of renting a permanent dedicated IP-address for accessing certain platforms.

Devices per license:
3
Torrenting, Netflix, HBO:
Mobile app:
Number of servers:
2,000+
Zero-Logs Policy:
Provider Plans:
1 Month
$12.95 /mth
6 Months
$9.99 /mth
12 Months (Save 35%)
$8.32 /mth
Check Price & Download
Money-back guarantee - 30 days
ExpressVPN is not packed with unique features, but in terms of speed and performance, it outstrips all the other providers. If you are looking for the best gaming VPN, ExpressVPN is number one to consider. The provider headquartered in the British Virgin Islands guarantees zero-logging. It is known as the speediest VPN around, which makes it an ideal gaming VPN.

Moreover, it is great for streaming content and downloading files via torrents. It has servers in 94 locations – it gives a lot of freedom to travelers. Finally,ExpressVPN is one of the few providers that effectively cope with bypassing most severe regional restrictions, including the Great Firewall of China (check best VPNs for China). With this VPN, 4 games content accessing is real.

Devices per license:
10
Torrenting, Netflix, HBO:
Mobile app:
Number of servers:
1,100+
Zero-Logs Policy:
Provider Plans:
1 month (Save 17%)
$10.00 /mth
3 months (Save 25%)
$8.99 /mth
1 year (Save 46%)
$6.49 /mth
Check Price & Download
Money-back guarantee - 7 days
The strong points of IPVanish include a very good speed relatively similar to ExpressVPN, and good adjustability. Therefore, it is more affordable than its famous counterpart and uses the same top-notch encryption standards, ensuring the highest level of protection. It is one of the best gaming VPN providers that won’t slow down the process and will let you enjoy the best gaming experience ever.

However, if you are going to use VPN for streaming, you’ll be slightly disappointed, as IPVanish can’t overcome Netflix blocking. Another problem is that the headquarters of the company are located in the USA, which means that it can be controlled or monitored by NSA (at least, theoretically). The number of servers owned by IPVanish is over 1000; they are located in 60 countries, which is pretty good though not excellent.

Devices per license:
3
Torrenting, Netflix, HBO:
Mobile app:
Number of servers:
700+
Zero-Logs Policy:
Provider Plans:
Monthly
$12.95 /mth
Yearly
$3.75/month /mth
2 Years
$2.50/month /mth
Check Price & Download
Money-back guarantee - 30 days
VyprVPN is another example of fast VPN suitable for gaming. This is a powerful service with its own network of over 700 servers in 70 countries. The software is optimized for online gaming – if you choose the right server, the speed reduction will be almost unnoticeable. The company can boast its own DNS-server and a firewall for stronger protection.

However, nothing is perfect in the world, and VyprVPN also has some drawbacks that prevent it from being the best VPN. Unlike other best gaming VPNs, it keeps some user logs and stores them for about a month. Taking into account the fact that the company belongs to the American Golden Frog group, one can feel a sort of discouraged by its policy. Also, it has problems with unlocking Netflix, so it is definitely not the best option for streaming. 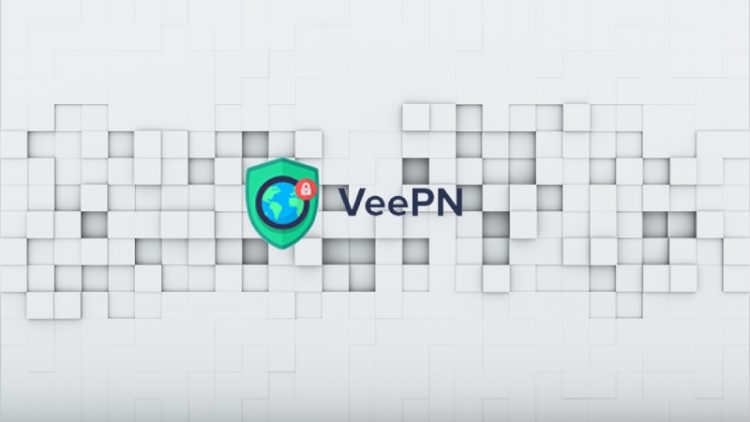 Devices per license:
10
Torrenting, Netflix, HBO:
Mobile app:
Number of servers:
2500+
Zero-Logs Policy:
Provider Plans:
1 month
$10.99 /mth
1 year
$5.83/month /mth
5 years
$1.67/month /mth
Check Price & Download
Money-back guarantee - 30 days
VeePN is one more service that complies with most requirements to a good VPN for gaming. It is not the fastest VPN product around, but it does its job pretty well, providing a decent and, what is more important, consistent speed. The company is located in Panama, but it owns both physical and virtual servers in 50+ countries. It adheres to a zero-logging policy and guarantees the highest level of security and privacy.

The software is compatible with multiple platforms, lightweight, and easy to use. That said, it is one of the most affordable of gaming VPN providers, and the maximum discount can reach 85% (if you buy an annual plan). No surprise VeePN is loved by gamers in the US and around the world, and rightfully holds a high position in the rating of best VPN gaming products.

Devices per license:
5
Torrenting, Netflix, HBO:
Mobile app:
Number of servers:
2500
Zero-Logs Policy:
Provider Plans:
Monthly Plan
$12.99 /mth
1 Year (save 49%)
$6.59 /mth
2 Years (save 68%)
$4.12 /mth
Check Price & Download
Money-back guarantee - 30 days
The last but not least in our rating of best gaming VPN providers is BufferedVPN – a Gibraltar-based company. As of today, may be called the fastest VPN. So, it is a perfect choice for avid gamers. Also, BufferedVPN is great for both torrenting and streaming. Its range of application is virtually unlimited. It is one of the priciest VPN services available.

However, the coverage of 44 countries is good but not great. The compliance with the most advanced encryption standards makes BufferedVPN the best VPN for games. On the other hand, the provider keeps user logs. All in all, general impressions about the service are controversial, but it is definitely worthy of a closer look at for those looking for a reliable gaming VPN.

Why do You Need VPN for Gaming? 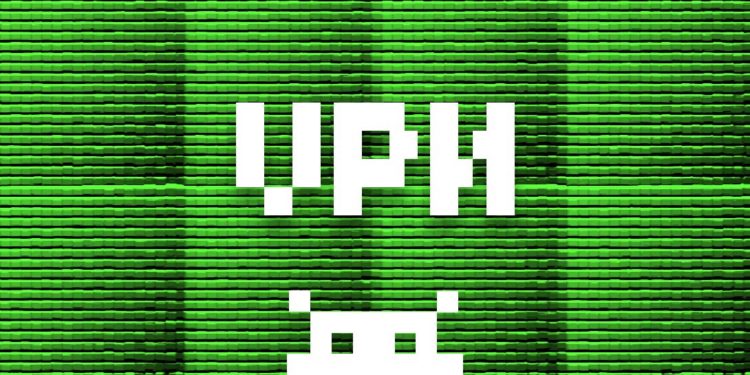 The sphere of application of virtual private networks (VPNs) is extensive. Any VPN is a secure channel between a user’s computer and any site on the Internet. For the creation of these secure channels, remote servers are used. They act as mediators between the user and the location of destinations. Gamers can use the VPN technology for several reasons.

At the same time, one needs to keep in mind that even the best VPN for gaming has a negative impact on performance and speed. Be ready to experience a speed drop of 5-20% after connecting to a virtual private network. If the speed reduction is more than 20%, try to connect to another server or use another VPN service.

Are There Any Free Game VPN Services?

If you scan the VPN market, you’ll find out that there are some free VPN products available. Unfortunately, none of them can be used for online gaming. The truth is that all free VPNs are severely restricted regarding their capabilities, features, connection speed, and bandwidth provided.

You can use some of them for basic tasks, but they are too weak for gaming. If you need a reliable VPN for video games, opt for a premium provider. Don’t forget that most of them offer huge discounts if you buy an annual or bi-annual package. Also, all the top-rated providers have a free 1-month or less trial period and a money-back guarantee.

What is the Best VPN for Gaming?

Even if you have a powerful gaming computer, a mediocre VPN service can degrade its performance significantly. Choosing the best gaming VPN, you need to focus on several key characteristics of the product.

No matter what VPN you use, you have to compromise on speed – absolutely any VPN software impact performance negatively. Sometimes, the speed drop is virtually unnoticeable – just about 5%; in other cases, it can reach 30% or more, which is a serious problem for a gamer. Here are some ways to minimize the losses.

The key goals of using VPN for gaming are to preserve anonymity, unlock geo-restricted content, and ensure stronger protection of personal and financial data. The best VPN for online gaming is the one with a zero-logging policy. If user logs are not collected, they are not traded or transferred to third parties. Also, it’s recommended to choose the providers located in countries with minimal governmental interference. For example, Panama, Singapore, Hong Kong have loyal legislative systems and don’t violate users’ right to privacy.

Coverage is of primary importance for those gamers who travel a lot. If a VPN provider has its servers in 150 locations, chances are at least some of these servers will be close to you wherever you go. If the coverage is limited, you can experience difficulties when moving from one place to another.