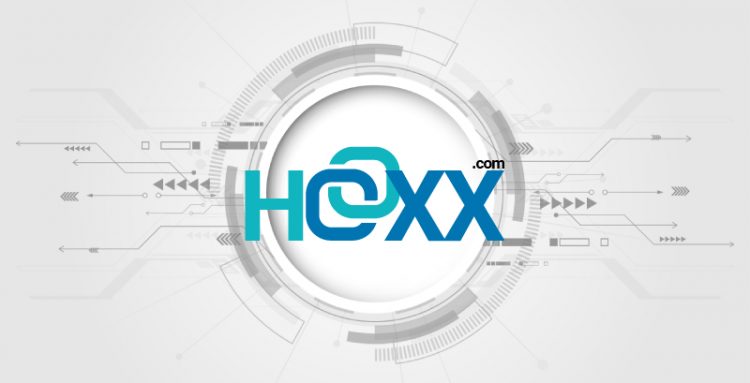 This provider exists since 2014 and is based in the US, which is not the best location for the VPN service. However, that’s not the only thing that made us suspicious. We’ve got in an unusual situation when we were preparing to write this Hoxx VPN review.

If you Google this vendor, the first link you see will bring you not to the official website, but the Google Chrome Webstore. The Hoxx site appears neither on the first nor on the second position of the search. This situation shows quite well what can the user expect from this VPN provider.

Also, the fact that the first position takes the Webstore where you can get not the full VPN, but the browser extension, we would say that Hoxx is more of a proxy than the VPN service. So at this point, we’re already quite skeptical about this provider. It’s hard to believe that it will protect your connection properly. But let’s proceed with this Hoxx VPN review to see the details.

Users can install the desktop Hoxx app on the following systems: iOS, Windows, and Linux. Also, there are apps for Android and iOS. This provider offers extensions for Chrome and Mozilla. Opera is left without the extension so far, but on the website, Hoxx promises that it will arrive soon.

What Do You Get with Hoxx VPN? 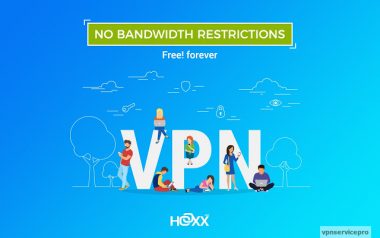 4096-bit RSA encryption that Hoxx VPN proxy is using was the most reliable encryption back in the day. Researches cracked it with the rudimentary software years ago in 2013. Therefore, today, no one is using it. Instead, everyone sticks to 256-bit AES encryption that is the most secure now. Well, it seems like it is everyone but Hoxx.

Of course, the security of the VPN service doesn’t rely only on the encryption, although it is still the most crucial part. Protocols also impact the level of protection. Today, VPN providers use OpenVPN as the most reliable protocol. Hoxx, on the other hand, decided to utilize Shadowsocks protocol for desktop and mobile apps and HTTP tunneling for browsers.

That’s why we say that Hoxx is not a VPN service but a proxy, especially if we’re talking about the extension. Also, Shadowsocks is not considered to be a VPN protocol – it is a proxy. The difference is that proxies are limited when it comes to the programs that can run along with them. A VPN protocol will route all the outcoming traffic through the remote server while a proxy will not do that. 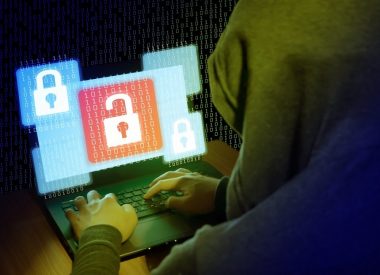 First of all, let’s talk about Hoxx location. It is based in the US – one of the Five Eyes Alliance members. What does it mean? The Five Eyes Alliance is a union of countries, including the US, which has an agreement to share all the information on the citizens. Also, these governments can collect the user data for any reasons they have and exchange it by request with other countries that participate in the Alliance.

So it means that Hoxx users are always exposed to the possibility that the authorities will come to this VPN provider and ask it to give them all the user information – visited websites, online activity, and so on. Therefore, even using a VPN service that should, in theory, protect you from such accidents, you will have to be careful.

Especially, considering that Hoxx keeps logs. The vendor claims that it does that to prevent abuse of its network. Moreover, it tells rather openly that it works with legal authorities. On the one hand, it is admirable that Hoxx is so passionate about pushing down the criminals. But such an approach destroys the whole purpose of a VPN service.

Hoxx will gather and keep every single bit of information about you. It will collect the data about your browser, your access timing, visited websites, and your real IP address. But the most frustrating is that this provider will record even the page you viewed before you activated the VPN service. How do you like that?

Moreover, it gives no guarantee that your personal data is secure when you use Hoxx. And it will share the information by the request of the authorities. While such honesty is something we truly admire, because it’s better than using a VPN provider that lies to you, it is not appealing at all. Why would we use this VPN then if it jeopardizes our privacy? 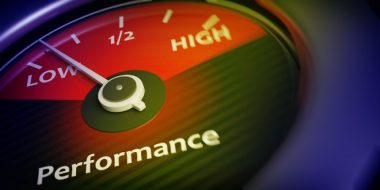 Let’s start with the story of us trying to access the Hoxx website. We entered it and were greeted with a blank page displaying only the rotating circle that should resemble that the site is being booted. Okay, we thought. Let’s give it some time. But we had the same situation even when a couple of minutes has passed.

Then we reloaded it again and again – and finally, we managed to access it. Well, this doesn’t give us much hope. But let’s proceed. We downloaded and installed the app. Here everything was alright. Then we tried to connect to the US server. And there was no success. The app just kept trying to connect to the server offering zero results.

We canceled the process and tried over again – finally, we got connected. But now we faced another issue – our IP address was leaking. We disconnected from the server, went through the hell of watching the app trying to connect to the server forever, and voila – we’re connected to the server again. Now there was no leak, great result.

While we thought there would be no more troubles, Hoxx VPN thought otherwise. Trying to access the website, we failed, facing a “no Internet connection” issue. So we connected and disconnected from the remote server over and over again until finally, we had our success – the correct connection was established, and we could proceed to test this VPN we already had a lot of points against.

Let’s move to the speed department. We’re located in the US, and our initial speed was 39.93 Mbps for the download, 33.92 Mbps for the upload. No problem if you want to connect to US server (for privacy reasons, for instance) – the speed stays about the same.

First, we’ve connected to the European server. The download speed dropped down to 19.08 Mbps, and the upload speed – to 10.57 Mbps. The ping went up from 3 ms to 71 ms. While that’s relatively not the best result we had with VPN services, it is not the best one.

Then we moved to the US server. The ping had jumped high to 389 ms. The download speed was reduced to 20.26 Mbps, and the upload speed was only 1.27 Mbps.

Let’s test the Hong Kong now. The ping hit the record reaching 475 ms. The download speed was 10.36 Mbps while the upload speed dropped down to 1.00 Mbps.

These results are not the worst ones we’ve ever had. But that’s far below the average speed we would expect a VPN to have.

Leaks were not detected 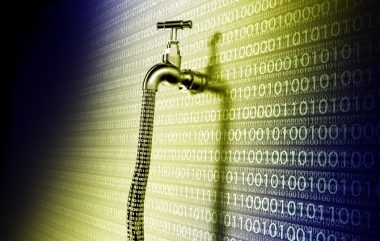 To be fair, we’ve established that Hoxx leaks when we’ve tried to connect to the server. We wanted to turn on the “Prevent WebRTC IP leak” feature and put it to the test. But we figured out that it is necessary to install another plugin to use it. We think that modern VPN should prevent leaks without plugins, so we proceeded with the main service.

We connected to the German server and ran the DNS leak test. We were prepared for the worst. That’s why we were so surprised to see that there are no leaks detected. Not believing our eyes, we tried other detection tools – same result. Nor the IP address neither the DNS were exposed.

So it seems like Hoxx doesn’t leak. Although reading what the users say, we found out that it does leak sometimes.

Here we can’t tell much. Hoxx doesn’t work with Netflix. And it doesn’t allow torrenting because of the outdated protocol. However, even if it did allow torrenting, we wouldn’t recommend this provider for torrent users anyway, because of the location and logs policy. You don’t want the VPN service that will not hide your torrent activity.

How much does Hoxx VPN cost?

There is a free version that covers the need to access geo-restricted websites. It offers over 50 server locations and doesn’t restrict the bandwidth. Also, it promises family malicious website filtering. We’re not sure how it will deliver that, but Hoxx claims to filter sites. The free version pretty much gives the user everything Hoxx can offer.

When it comes to the paid version, for a small fee, you will get 24/7 support via email and chat, no quota restrictions, and access to premium servers. Also, Hoxx claims to prevent advertising networks from tracking your cookies. Again, we don’t know how it would do that, considering that this provider records and keeps logs. 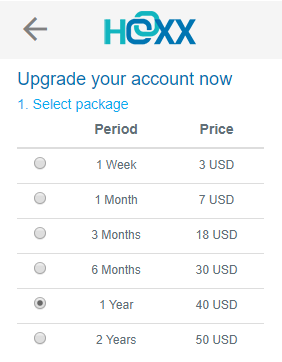 So the prices are:

The weekly plan is rather expensive – $12 per month. The monthly plan is not the cheapest one too. The 2-years plan boils down to $2 per month, placing Hoxx among affordable providers.

You can pay using pretty much any method you like. There is a 14-day money-back guarantee, so you can get a refund if you dislike the VPN service. 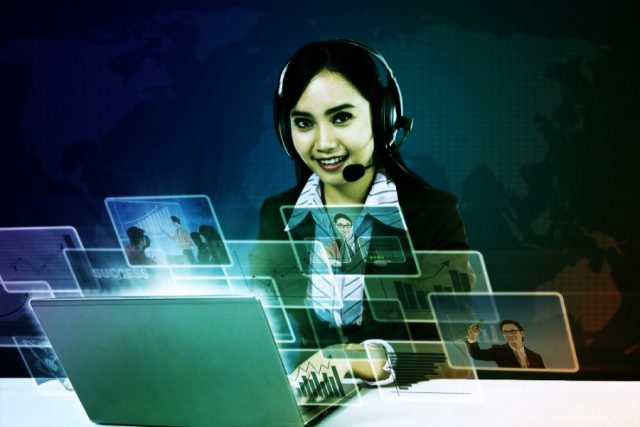 You can contact the support team 24/7 via email. As we tried doing so, we got the reply in almost seven hours. It means that while you indeed can send an inquiry whenever you want, that doesn’t mean you will get a quick response. However, premium users might receive answers faster since Hoxx mentions “premium support” trying to sell you a paid version.

Do We Recommend Hoxx VPN?

Is Hoxx VPN good? We wouldn’t say so. It keeps and doesn’t promise to not to share personal data, doesn’t offer reliable protection utilizing outdated protocols and encryption. Also, usability is not the best, and the support center works pretty bad. The speeds are not the best, and users complain about leaks even though we didn’t detect any.

But if you need the VPN only to access geo-restricted websites or overcome the firewall on the PC or Mac at the university, you might be totally satisfied with Hoxx.

If you need more than just a proxy to access sites, we would recommend considering CyberGhost and NordVPN. These providers are just as affordable as Hoxx. But they offer decent VPN services that will protect you and your information from anyone. These vendors have no logs policies and will not jeopardize your privacy.

Although every single primary VPN provider is doing everything in its power to make the networks as simple as possible, there are quite a few technical things that the users need to know about before making their choice. Jayden is not new to technology: in fact, he invested decades of his life into creating some of the critical components that modern-day VPNs use. That makes him one of the most qualified technology advisors in the world. Currently, he is working with several tech companies, helping the founders and the developers find common ground in order to achieve their mutual goals. For Vpnservicepro.com, he defines product requirements, helps to understand the market better, and consults our writers whenever they need a little bit of help.
User Reviews
Be the first to comment.
× Cancel Reply