Android is one of the most popular operational systems which is utilized by millions of people around the world. However, its vast popularity doesn’t guarantee the safety of your sensitive information like personal correspondence or financial transactions. On the contrary, the popularity and flexibility of this OS increase its vulnerability.

Unlike iOS, Android is an open-source platform. Its code can be accessed by third-party developers, and hackers of all types can’t but take advantage of it. A popular way of malware distribution is through apps in the PlayMarket and outside it. Finally, with a huge audience and numerous brands covered, it’s difficult to release regular OS updates, which could reduce the risk of hacking.

In 2018, 6.5% of US resident were victims of identity fraud, and it is definitely something to be concerned of. Still, if the Android developers are incapable of providing the sufficient level of security, it is time for you to take this matter into your own hands. There is no better way of ensuring the safety and anonymity of your online activities via Android-based devices than by installing a best VPN on any gadget that runs on this popular software.

What is the best Android VPN app?

Virtual private networks (VPNs) have multiple benefits. With a good VPN service, you enhance your online privacy by turning yourself into an anonymous, nameless user. Not only does it help to feel protected, but also opens access to geo-restricted sites. As soon as you are connected to a VPN, nobody, including your ISP, can track you.

We have spent weeks trying to figure out what is the best VPN for Android and managed to come up with the list of the finest VPN clients (also read our top of VPN apps for iPhone).

ExpressVPN strictly adheres to its no-logging policies, so you can be absolutely certain that no information that concerns your online activity will ever get into the hands of a government or cyber perpetrators. The company is headquartered in the British Virgin Islands, beyond the reach of the Five Eyes special services.

ExpressVPN provides unlimited traffic and bandwidth, so you can literally forget about ISP throttling or slow downloads. The ExpressVPN’s capability for unblocking geographically restricted services, such as Netflix, BBC, and Amazon (read best VPNs for Netflix), is up to the highest standards. It is one of the few VPNs that can effectively bypass US Netflix restrictions.

ExpressVPN has been developed as a native client for Android. It very easy to use and its installation takes just a couple of minutes. ExpressVPN has one of the most comprehensible interfaces in the industry as well as a plethora of servers all around the planet (check our full ExpressVPN review).

Basically, ExpressVPN offers only one plan that includes all the features and options available. But you can obtain it with a substantial discount if you opt for a 6-month or a 12-month package.

The money back period is 30 days, irrespective of the option chosen.

Affordable but Powerful
Devices per license:
7
Torrenting, Netflix, HBO:
Mobile app:
Number of servers:
3000+
Zero-Logs Policy:
Provider Plans:
1 Month
$12.99 /mth
1 Year (Save 56%)
$5.99 /mth
2 Years (Save 71%)
$3.69 /mth
3 Years (Save 81%)
$2.75 /mth
Download
Money-back guarantee - 45 days
[CyberGhost VPN has virtually everything that a great VPN for Android needs: it features a user-friendly app which is an indispensable prerequisite for all mobile VPN services, the affordable service plans, the prices of which range from $2.75 to $11.99, and a very short setup time that doesn’t exceed 3 minutes.

CyberGhost has a reputation of one of the safest VPNs around. Being headquartered in Romania, it guarantees a 100% zero-logging policy. With the strongest 256-bit encryption, your sensitive and personal data is reliably protected.

There are some more reasons why we’ve placed CyberGhost on our list of the top VPN services. CyberGhost is focused on providing seamless torrenting and streaming experience. Some users claim that this VPN provider is still incapable of unblocking BBC iPlayer, but the company is trying hard to resolve this issue in order to make CyberGhost even more efficient (more good VPNs for streaming).

CyberGhost has a dedicated mobile app for Android devices, which is available on the provider’s official site. It takes just a couple of minutes to download and install the software. Right after that, you’ll be able to log in and connect the VPN, ensuring top-notch protection for your Android smartphone or tablet (more in our Cyberghost review).

The basic monthly fee for the full-featured CyberGhost VPN software is $12.99, which is comparable with the price for ExpressVPN. However, there is a possibility of getting an incredible discount of 73% by choosing a 2-year pack.

The provider offers a generous 45-day refunding period, so you have nothing to lose.

Best for Multiple Devices
Devices per license:
10
Torrenting, Netflix, HBO:
Mobile app:
Number of servers:
1,100+
Zero-Logs Policy:
Provider Plans:
1 month (Save 17%)
$10.00 /mth
3 months (Save 25%)
$8.99 /mth
1 year (Save 46%)
$6.49 /mth
Download
Money-back guarantee - 7 days
IPVanish VPN for Android is a part of a more versatile VPN service that is compatible with all popular digital platforms. One of the biggest distinguishing features of this VPN service is that it allows for 10 simultaneous connections per one license which is more than generous, considering that the majority of other VPN providers offer no more than 6 devices to be connected to one account at a time.

The security of IPVanish VPN is ensured through the active employment of various protocols, which range from the industry standard OpenVPN protocol to a more specific L2TP protocol. Moreover, IPVanish doesn’t share their servers with any third parties which is yet another reason for the users to remain unalarmed about the integrity of their sensitive data.

Finally, IPVanish encrypts all online activities by means of the military-grade AES-256 algorithm which serves as a last brick in the unbreakable security system elaborated the developers of this VPN. Though the company is based in the US, it keeps no logs and guarantees the highest degree of security.

Being one of the speediest VPNs around, IPVanish is a great option for hassle-free torrenting (best VPN for torrenting) and content streaming. Unfortunately, we can’t recommend it to active Netflix users, as its IPs are blocked by the system. That said, IPVanish works with some other popular platforms, including Hulu and BBC iPlayer.

The app itself is really intuitive, allowing the users to change the servers straight from their mobile phones. By the way, IPVanish offers the choice of more than 400 servers which are located in 60+ countries of the world.

You can read more about this VPN in our IPVanish review.

What’s also great about this Android VPN client is that it is relatively cheap: the annual plan will cost you as little as $6.49 per month which is really a bargain for such an outstanding level of efficiency and security.

At the moment, VyprnVPN, which is headquartered in Switzerland, operates over 7000 servers at 70 locations. The Chameleon protocol is the VyprVPN’s exclusive technology that is capable of defeating the VPN blocking which is widely utilized in such online services as Netflix, BBC, Kodi and Amazon (check best VPN for Kodi here).

Thanks to several speed tests, we’ve managed to confirm that VyprVPN is one of the industry leaders in terms of download speed. Therefore, if you aren’t really worried about minor logging issues, then you can surely consider giving VyprVPN a try.

Being a consistently speedy service, VyprVPN is an excellent solution for downloading and streaming content. It effectively bypasses Netflix restrictions. However, the fact of collecting some logs make some people avoid using it as a torrenting tool.

VyprVPN with its dedicated Android app is one of the most attractive options for the users of this operating system. The application is relatively small and lightweight; it is easy to install and use.

Read more about this VPN in our VyprVPN review.

VyprVPN has 2 service plans: the standard plan that costs $9.95 per month and the premium plan which is obviously a bit more expensive and costs $12.95 per month. The ordinary plan provides for 3 simultaneous connections from one user license whilst the premium one grants 5 connections as well as access to the VyprVPN Cloud and Chameleon protocol.

Before purchasing one of these plans, the user can opt for a 3-day free trial which will allow to understand whether or not VyprVPN is your best choice. Moreover, there is a great option to save up to 50% buying one of the two annual plans.

The Avast VPN uses two privacy protection protocols, namely OpenVPN and OpenSSL as well as the bank-grade AES-256 encryption to keep every single digit of users data away from prying eyes. In addition, they take the no-logs policy really seriously, at least they weren’t involved in any scandals concerning the transfer of private user data to the third parties.

After running a few tests, we can confirm that their DNS leak protection feature also works really well. At the moment, Avast SecureLine VPN doesn’t have the dedicated IP servers, so they offer only the single shared IP feature which is acceptable for the newbie VPN provider but still leaves a lot of room for improvement.

As of now, Avast VPN has 54 servers in 34 countries which is obviously far less than the number of servers offered by their competitors. Due to the limited coverage and average download speed, it is not the best option for streaming (check best free VPN for Kodi) and torrenting. But we hope, the things will change for better over time.

The app offered by Avast is genuinely simple and intuitive. Even if you have zero experience in using VPN, you won’t face any difficulties with connecting a remote server and creating protected environment with the help of Avast software.

As of now, Avast offers the only pricing plan for the users of its VPN solution. It is $79.9 per year or about $6.66 per month. Under one license, one can establish up to 5 connections. 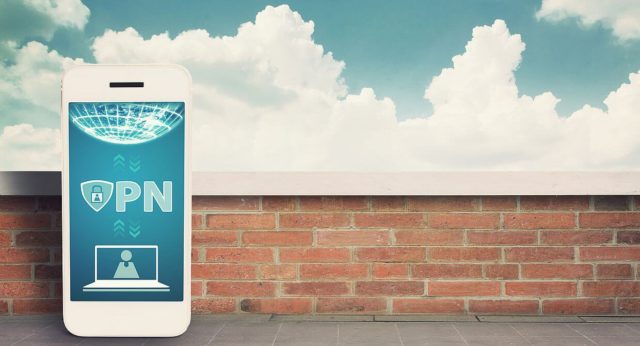 The growing threat that comes from individuals or the groups of people who want to lay their hands on the sensitive data forces ordinary Internet users to take additional protective measures in order not to fall victim to maleficent actions.

Installing a VPN app on your Android phone is one of the most efficient ways to make your actions undetectable and your online activities untraceable. Use this list of the best Android VPN apps to safeguard the information on your Android device.

Best VPNs for other devices

Here is our guides for other devices:

Internet privacy, freedom of speech and modern developments in the technological world – that's what Tom is interested in. Writing about the latest trends and helping young entrepreneurs in their daily struggles is what Tom is doing on a regular basis. He graduated from a prestigious business school and achieved great success in cyber security analysis, thanks to a "mathematical" mind and early success with his own analytic company. To make informed decisions online, you need a guy like Tom to guide you in the not-so-simple world of hackers, viruses, all-seeing eyes, and tracking government agencies. Virtual Private Networks are the next big thing in online protection, but without some basic knowledge, you'll most likely to end up paying more than you should. With this man's all-in-one articles, his VPN 101s, you won't make that mistake.
Comments
× Cancel Reply