The new Rick & Morty season is finally here, and fans around the world are eager to check out the new episodes. It’s been two years since the S3 finale, and on the 10th of November, 2019, S4 was officially introduced.

However, due to certain limitations and restrictions, for some users, it can be a problem to watch the 4th season. Yes, we’re talking about channels and streaming platforms that block access to users from several countries based on their location.

For example, Adult Swim is only available in the US. Furthermore, you have to be older than 15 if you want to watch shows like Rick & Morty. On top of that, this platform is exclusive to the United States, and no real fan wants to wait until Netflix adds season 4 to its international catalog. 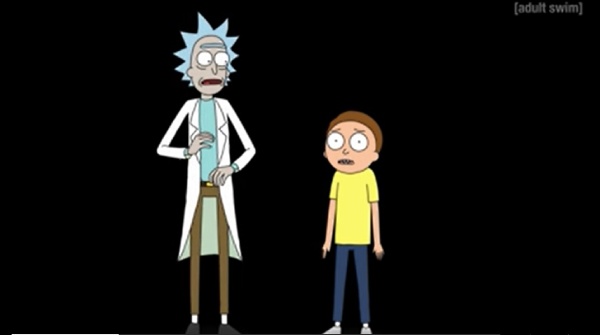 In this post, we’ll take a quick look at the best streaming services in the US and the UK. The list includes several platforms that are accessible in some regions while being unavailable in others. Next, we’ll talk about the best Virtual Private Networks for bypassing restrictions and enjoying your favorite show(s).

How to Watch Rick and Morty in the USA

If you reside in the United States, rejoice, because you won’t have to use a VPN to watch Rick & Morty. Adult Swim, the official distributor, is available to the US users 24/7. But, you aren’t limited to a cable TV subscription: there are other ways to watch this show.

Here’s a list of streaming services that broadcast Rick & Morty:

Season 4 can also be purchased through Amazon’s Prime Video ($23). In total, United States residents have five streaming platforms to choose from and won’t have to rely solely on Adult Swim. If you’re already subscribed to any of the services we just mentioned, just go ahead and check the new episodes out!

How to Watch Rick and Morty in UK

Much like Netflix, Hulu, and, say, BBC iPlayer, Adult Swim restricts access based on the user’s geolocation. By checking the IP address, it can quickly determine your location and block access in a matter of seconds. So, if you’re in the UK, you’ll get a “Blocked. Check back later” message. 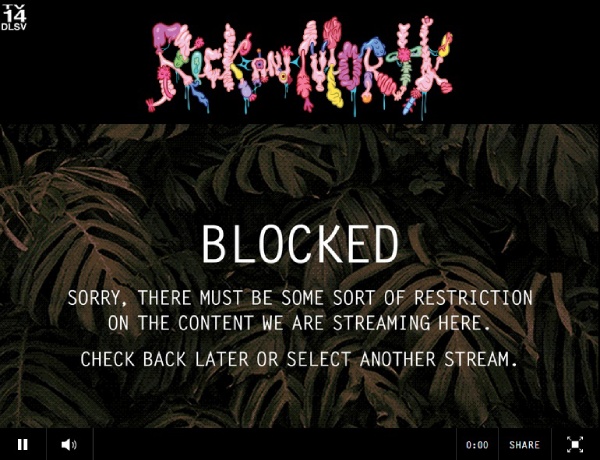 Luckily, Channel 4, one of Britain’s biggest TV networks, will officially broadcast the show in the UK.

Recently, the UK media giant struck a deal with Adult Swim and now holds exclusive rights to broadcast it in the United Kingdom. Initially, the new episodes were set for a January 2020 release. But, after the fans “attacked” the network with negative reviews, they changed the date to the 20th of November.

Fans can also stream the new season via All4 – Channel 4’s streaming platform. New episodes will become available there right after they have aired on the channel.

It’s worth mentioning that while the previous three seasons were added to the Netflix UK library, the same won’t happen with season 4, and yes, that is really unfortunate.

As mentioned, a VPN is the best “remedy” for the streaming platform restrictions. Don’t worry: there’s nothing difficult about using a Virtual Private Network. The key here is to connect to the right server: for example, to watch Adult Swim, choose a server located in America. The same is true for other US-based services.

Alternatively, if you’re living outside of the UK and want to access the BBC IPlayer, pick a server that’s located in the United Kingdom. A VPN also allows “fooling” platforms like Netflix and Adult Swim and hiding your true location.

We’ve hand-picked three VPN providers that will be perfect for watching the latest Rick and Morty season.

Now, there are dozens of free Virtual Private Networks on the market, but they lack connection stability and speed, plus, most of them get banned by the streaming services quite fast. That’s precisely why we only compiled a list of paid services – they are equally reliable and stable for streaming movies/TV series. Besides, you will have many available servers to pick from, in case your current one gets banned eventually. And, they have better encryption protocols, provide a wider range of servers, and are easy to use.

But why would you want to use a VPN when there’s Channel 4 or Netflix? The answer is simple: on Adult Swim, season 4 premiered on the 10th of November. The UK-based fans, as mentioned, had to wait till the November 20th. And in India, fans won’t see it until the end of the year.

ExpressVPN for Watching Rick and Morty 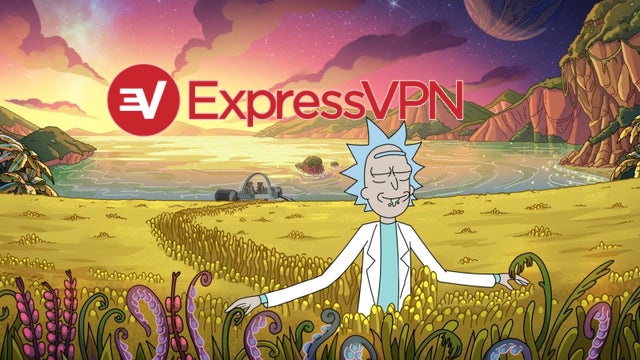 According to the experts, this is the most feature-packed, reliable, and fast VPN on the market. We can’t agree more: ExpressVPN provides servers in 94 countries, the best encryption protocols, and incredible connection stability. In the US alone, it gives access to 25 servers – scroll through them until you find the best one for Adult Swim.

It is available not only on desktop platforms (Windows and Mac) but also mobile (iOS and Android). There are dedicated apps for all four platforms – they work flawlessly and are compatible even with older devices. For streaming, connection stability is very important, and with ExpressVPN, you won’t have to worry about that. In our in-house tests, this service has constantly proven that it’s one of the best in the field.

Plus, the company offers a 30-day money-back guarantee. Use it to get a complete refund. Sadly, there’s no free trial, but, again, the money back guarantee is still good enough. And as you can see ExpressVPN works just fine for unlocking the freshly released episode on adultswim.com: 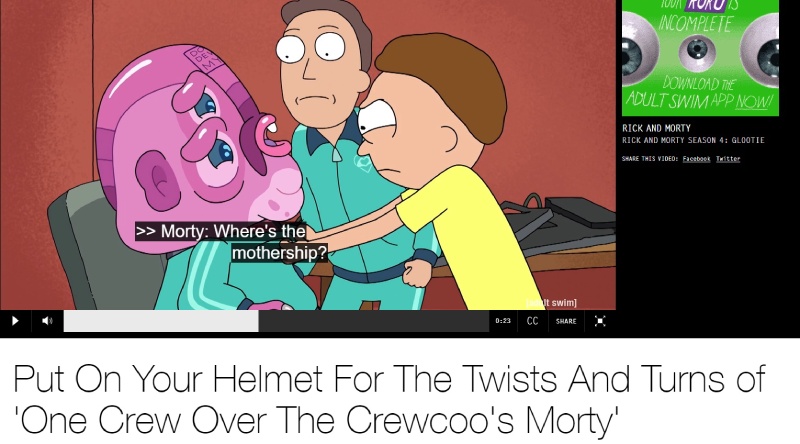 NordVPN for Watching Rick and Morty

640Known as the most secure and server-packed VPN service on the market, NordVPN is another solid pick for Rick & Morty.

First of all, it has 5000+ servers around the globe and more than enough US locations to provide access to Adult Swim. Secondly, it comes packed with AES 256-bit encryption and several protocols to choose from.

While it might not be as fast as ExpressVPN, NordVPN is still a reliable service in terms of connection speed. Also, along with the same 30-day money-back guarantee, this company provides a free trial. It doesn’t require the user to share credit card info: download the installation file and follow the instructions. The trial lasts for 7 days – quite a generous offer.

We tested it on the Adult Swim official website, and it worked just fine, even though the buffering took some time:

IPVanish for Watching Rick and Morty 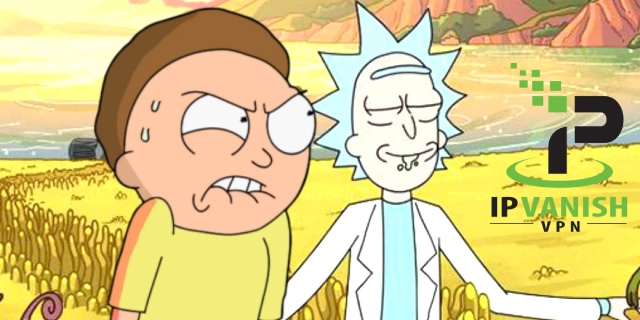 If you’re looking for the middle ground between the previous two Virtual Private Networks, IPVanish might exactly be what you need. With it, there are 1300+ servers in 75 countries at your disposal, including more than a dozen in the US. Speed is this provider’s strongest suit: the drop in performance is no higher than 20%, which is an impressive result.

Stability is another reason to pick IPVanish over the competition. Even if you’re located in Europe or Asia, the connection will be stable enough to provide an excellent experience with a US-based server. This VPN doesn’t keep any logs, meaning you can freely watch whatever you want and never worry about leaks and privacy issues.

Last, but not least, IPVanish owns every single server in the network. That’s right: no third parties are involved, and this allows the company to stay in full control over the server line-up and not to trade your information to cover the server-rent expenses. The bad news is – the money-back guarantee lasts only for 7 days, and there’s no free trial. But the price is not that high ($6.49 per month), so, it might be a good choice for a frugal streaming fan.

During our tests, we haven’t experienced any issues unblocking the content using US servers of IPVanish:

How to Watch in Other Countries

In Australia, Netflix holds the rights to Rick and Morty. But, it wasn’t yet confirmed that the season 4 will appear on Netflix as well.

In India, Netflix is the only legal way to watch Rick & Morty. There, the popular streaming service will make S4 available in late December.

In France, in turn, fans  will be able to watch it earlier than most Europeans with Adult Swim.

Therefore, with VPN you will be able to pick a server in any mentioned country and see the latest episodes first. As for using A VPN, it doesn’t matter what country you live in. The concept is the same: connect to a local server, outsmart the streaming platforms, and enjoy the show!

That is important: the further away you’re located from a server, the higher of an impact that will have on speed and stability. So, try to connect to servers that are closer to your location to minimize the negative effects.

While this doesn’t concern streaming, it’s worth mentioning that a Virtual Private Network hides the user’s real IP address and assigns him/her a new one. It re-routes user traffic through a private tunnel and encrypts the data, making it impossible for hackers to monitor your activity. Anonymous browsing is one of the main reasons why VPNs are so popular these days. Last, but not least, they allow downloading torrents without being noticed by the ISP.

That’s it for today! Hopefully, we answered one of the most popular questions online – “how to watch Rick And Morty Season 4?” As you can see, without a VPN, it can be quite challenging (if not entirely impossible) to watch the new episodes when they come out. But, thanks to the VPN technology, it’s as easy as selecting a server in the US.

A quick note: we didn’t talk about any unlicensed streams, not only because they’re illegal. There are other concerns, including lags, lousy quality, extensive amount of ads and spam, and, of course, long buffering times. Besides, unauthorized streams are continually being taken offline by the copyright owners. Official distributors are the best choice for you here, as they provide the best possible experience for the viewers.

All in all, do not hesitate to ask us any questions or leave your comments below. We will be happy to help you to watch Rick & Morty season 4 from any part of the world!